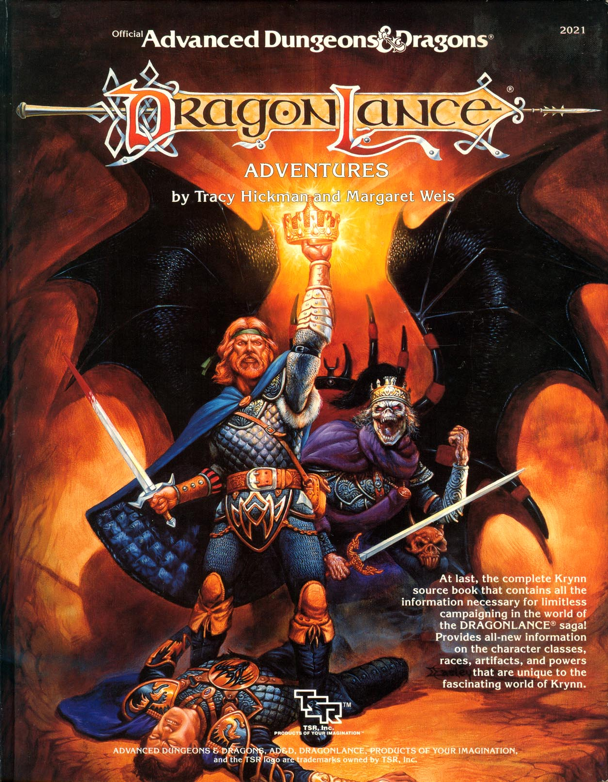 “…For in ages past, beyond memory and word, in the first blush of the world, Dragons terrible and great made war on this world of Krynn.” For Dragonlance saga enthusiasts and AD&D game players everywhere, here is the latest information on the world shattered by dragons and their armies. The…

Buy from
DMs Guild
About the Book

“…For in ages past, beyond memory and word, in the first blush of the world, Dragons terrible and great made war on this world of Krynn.”

For Dragonlance saga enthusiasts and AD&D game players everywhere, here is the latest information on the world shattered by dragons and their armies. The backgrounds for Knights of Solamnia, the wizards of High Sorcery, tinker gnomes, kender, and much more are detailed along with their AD&D game system rules. The struggle for the fate of Krynn awaits!

Falconer’s Note
Dragonlance Adventures (known to fandom as “DLA”), by Tracy Hickman and Margaret Weis, is “the AD&D game source book for continuing adventures in the world of Krynn.” It was published in hardcover in 1987 (later followed by Darksword Adventures, Greyhawk Adventures, Forgotten Realms Adventures, and others). While it does have its own errors (the timeline, in particular, is considered erroneous), many fans feel it captured the essence and flavor of Dragonlance.

Margaret Weis writes: “DL Adventures expressed the DL team’s vision of the world, a vision we want to try to recreate with our work at Sovereign Press. I will state here, without apology, that DL Adventures will be taken as the foundation for all things Dragonlance with certain exceptions where applicable (such as the flawed time line).”

DLA provides an overview of the world of Krynn and its history, with a focus on how to run an AD&D campaign in Ansalon set after the War of the Lance. These are some of the main sections in DLA:

Lot in Life
Classes specific to Dragonlance: Knights of Solamnia, Tinkers, Wizards of High Sorcery, and Holy Orders of the Stars (includes information on the 21 gods)

The Races of Krynn
Information on the Krynn-specific PC races and subraces: Kender, Gnomes, Elves, Dwarves (and Gully Dwarves), Irda, and Minotaurs.

Creatures of Krynn
Monsters unique to Dragonlance, including Draconians and Krynn Dragons.

The World that Was
Information on Krynn Pre-Cataclius, including a Map of Ansalon, a timeline, NPCs, and ancient magical items: Dragonlance, Device of Time Journeying, Staff of Magius, Hammer of Kharas, Bloodstone of Fistandantilus, Orb of Dragonkind, etc.

War of the Lance
Information on Krynn Alt-Cataclius, including a Map of Ansalon, a timeline, political conditions, climate, NPCs and PCs of the Legends Trilogy (post-War of the Lance).

Other Products in "Sourcebooks" 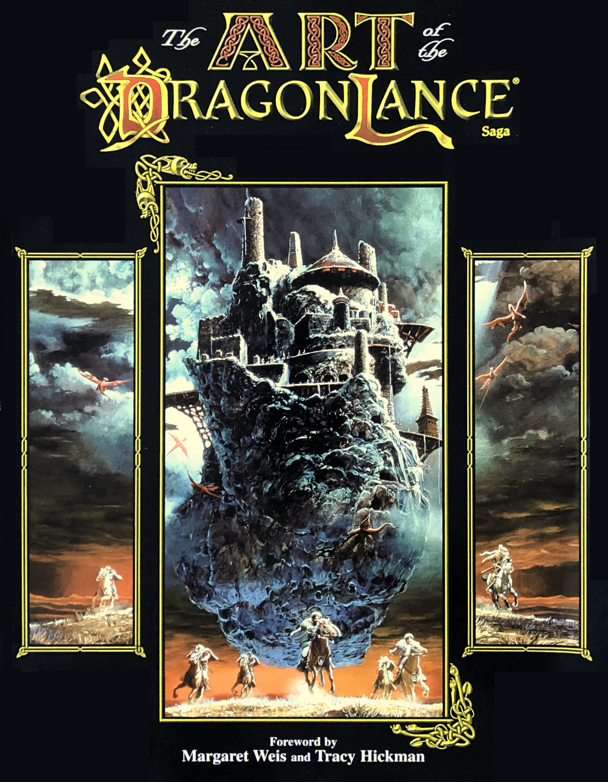 The Art of the Dragonlance Saga 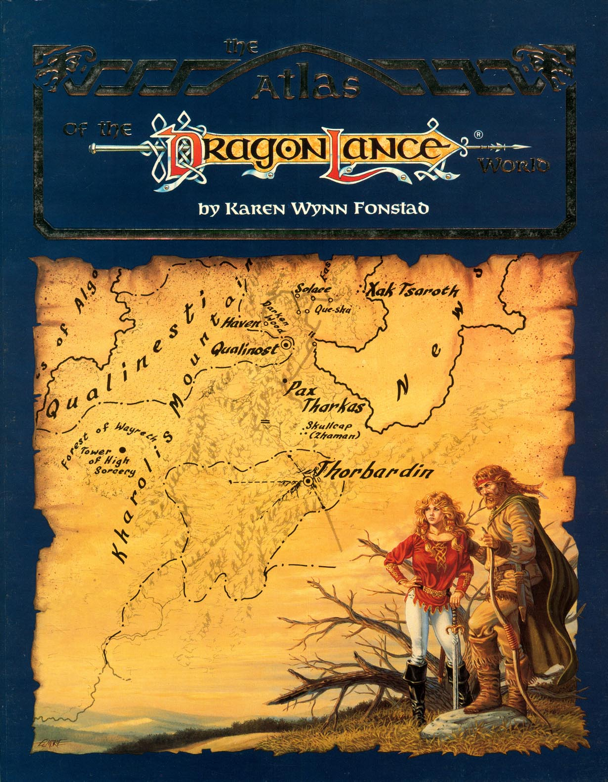 The Atlas of the Dragonlance World 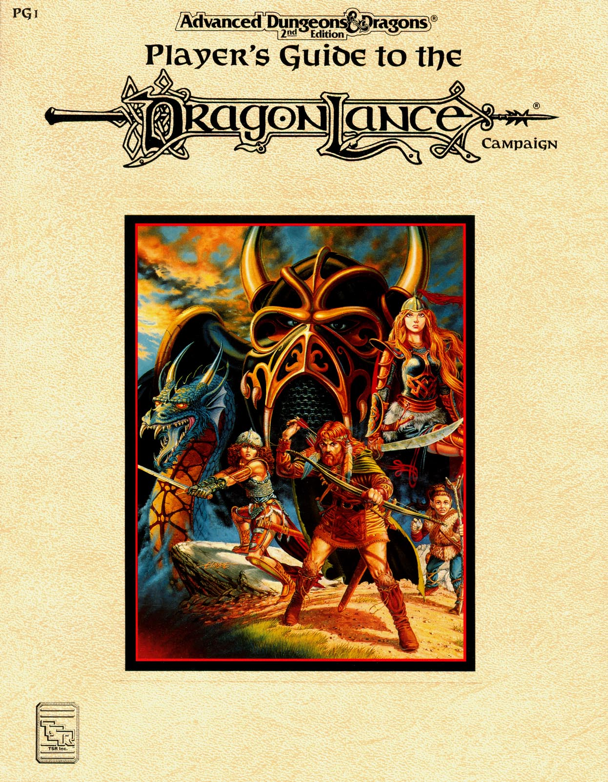 Player’s Guide to the Dragonlance Campaign