Races of the Shattered Lands

A brief introduction to the many races that call The Shattered Lands home.

Below you will see the many races of Royodo, some will seem familier others will be unique. Many will show a twist on an otherwise familier race. 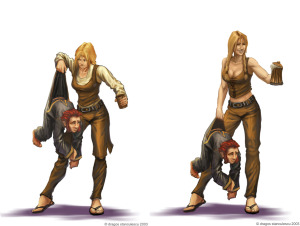 The Argonesti:are the Ice Elves, who call the Great Glacier home. These elves live in sub-glacial caverns which the elves have magicaly grown miniture forests beneath the ice. The caverns are heated by the many steam vents and naturaly occuring hotsprings of the area.

The (name unknown) are the Kelp Elves, who call the many giant kelp beds of the Shallow Sea home. Originalty an offshoot of the coastal dwelling Shoal Elves of southern Ansalon, the are now firmly adapted to the enviorns of the Shallow Sea and are unable to withstand the depths and chill of the outer ocean.

Half-Elves: Half-Elves happen particularly in the south of the many lands of Royodo. Typicaly it is a liasion between Argonesti and humanity. Most Half-Elves are raised as part of the Argonesti comminity with no stigma because of thier mixed blood. 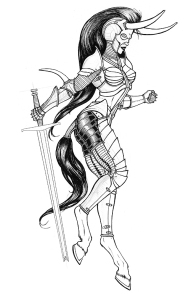 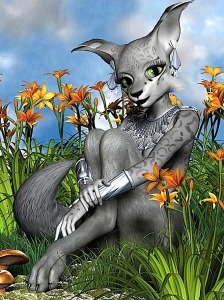 Editor’s Note: This section of the Royodo project was never completed. Materials are presented here in their current form.