Time of the Twins

Home > Products > Time of the Twins 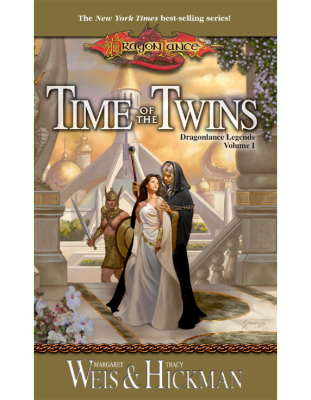 The War of the Lance has ended. The darkness has passed. Or has it? One man, the powerful archmage, Raistlin, intends that the darkness return. Two people alone can stop him. One is Crysania, a beautiful cleric of good, who is drawn to Raistlin as a moth is drawn to flame. The…

The War of the Lance has ended. The darkness has passed.

One man, the powerful archmage, Raistlin, intends that the darkness return.

Two people alone can stop him. One is Crysania, a beautiful cleric of good, who is drawn to Raistlin as a moth is drawn to flame. The other is his twin, Caramon, who must come to an understanding of himself before he can redeem his brother.

Together with the irrepressible kender, Tasslehoff, these three take a perilous journey back in time to the days just before the Cataclysm.

In the doomed city of Istar, poised on the brink of disaster, dark magic and darker ambition battle love and self-sacrifice in a quest to save not only the world but more importantly—a soul.

One twin is sunk in an alcoholic haze of despair. The other broods in secrecy in his lonely tower. One worships Paladine, god of Good. The other is pledged to Takhisis, Queen of Darkness.

Into their lives comes a strange and beautiful woman: Crysania, a Revered Daughter of Paladine. Determined to redeem Raistlin from evil, she becomes trapped within his plans for domination of the past and the present. Meanwhile, Caramon struggles to draw his brother back from the brink of the Abyss.

Together they are hurled back through the centuries to the glory of fabled Istar, city of the Kingpriest. There they will confront an evil so vast it encompasses the ages, as the greatest city in all Ansalon stands on the edge of doom. With them stands a diminutive figure, Tasslehoff Burrfoot, whose innocent eyes see more clearly than anyone’s.

Other Products in "Legends" 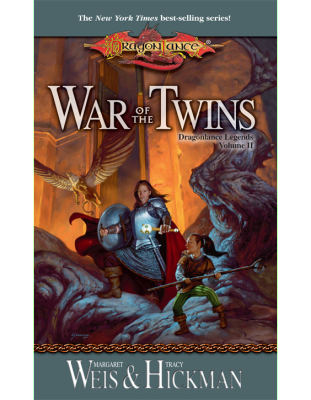 War of the Twins 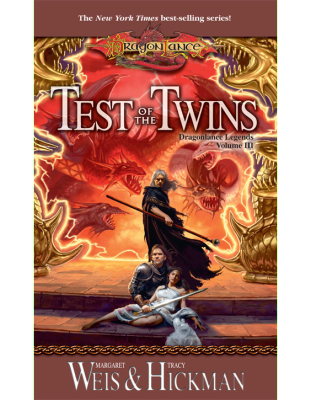 Test of the Twins
Look Inside

Time of the Twins Reviews