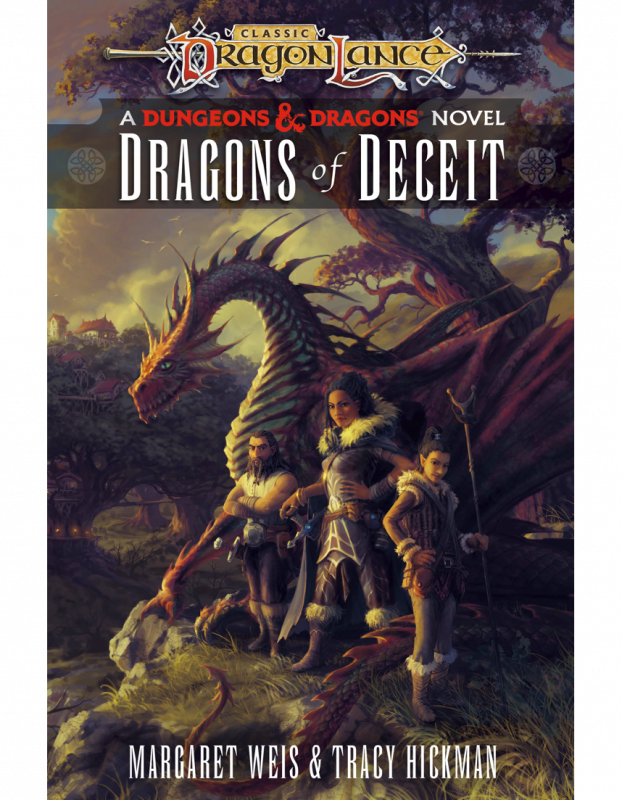 Destina Rosethorn—as her name implies—believes herself to be a favored child of destiny. But when her father dies in the War of the Lance, she watches her carefully constructed world come crashing down. Not only does she lose her beloved father but the legacy he has left her: the family lands and castle. To save her father, she hatches a bold plan—to go back in time and prevent his death.

First, she has to secure the Device of Time Journeying, last known to be in the possession of the spirited kender Tasslehoff Burrfoot. But to change time, she needs another magical artifact—the most powerful and dangerous artifact ever created. Destina’s quest takes her from the dwarven kingdom of Thorbardin to the town of Solace and beyond, setting in motion a chain of events more deadly than she had ever anticipated: one that could change not only her personal history, but the fate of the entire world, allowing a previously-defeated evil to once again gain ascendancy.

The first new Dragonlance novel from Margaret Weis and Tracy Hickman in over a decade, and featuring fan-favorite characters from the iconic first two trilogies, Dragonlance Chronicles and Dragonlance Legends—books that brought a generation of readers into the fantasy fold.

Sample Chapter
A sample chapter has been posted here. There is also a video Tracy Hickman reading it, here.
About the Author