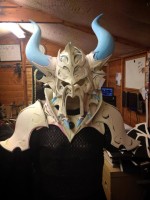 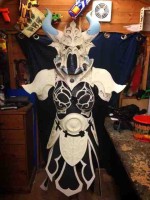 Trampas “Dragonhelm” Whiteman is best known for co-creating and administering the Dragonlance Nexus fan site. He is co-author of three Dragonlance books – Holy Orders of the Stars, Knightly Orders of Ansalon, and Races of Ansalon. When not evangelizing Dragonlance and other settings, Trampas is a husband, father, podcaster, and web designer. Trampas also enjoys reading comics, reading fantasy and scifi novels, and playing D&D.
View all posts by Trampas "Dragonhelm" Whiteman →
Tagged  Cosplay, Kitiara.
Bookmark the permalink.