Dragons of a Vanished Moon 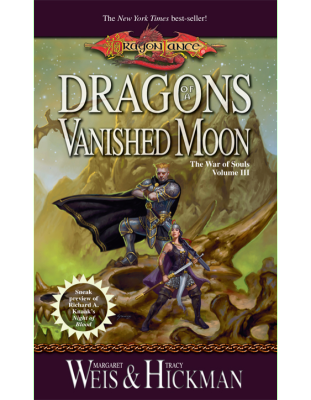 The flames of war devour Ansalon. The army of dead souls marches towards conquest, led by the mystical warrior Mina, who serves the powerful One God. A small band of heroes, driven to desperate measures, leads the fight against overwhelming odds. Two unlikely protagonists…

The flames of war devour Ansalon. The army of dead souls marches towards conquest, led by the mystical warrior Mina, who serves the powerful One God. A small band of heroes, driven to desperate measures, leads the fight against overwhelming odds.

Two unlikely protagonists emerge. One is a dragon overlord who will not easily relinquish her rule. The other is an irrepressible kender who has been on a strange and remarkable journey that will end in startling and unforeseen fashion.

The stirring climax of the War of Souls

The Riddle of Past and Future

The invincible warrior Mina, not content with her army’s occupation of Silvanost, moves against Sanction. Exiled by a dragon’s wrath, the Qualinesti elves flee the destruction of their homeland, heading towards what they believe to be a safe haven in Silvanesti.

Hoping to find a way to stop the onslaught, the Solamnic Knight Gerard volunteers to return to the army of Dark Knights as a spy. Though brave, it is a move that could prove disastrous for him and the side for which he fights.

Desperate for help, the small band of heroes look outside their group to an unlikely ally. The Dragon Overlord Malys has not taken kindly to Mina’s army despoiling her territory with their invasion. But the heroes also look to one of their own, someone who may hold the secret to the past and the key to victory: a kender named Tasslehoff.

Other Products in "The War of Souls" 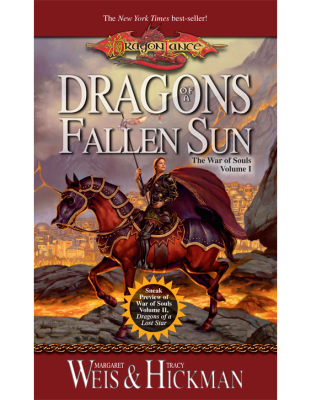 Dragons of a Fallen Sun 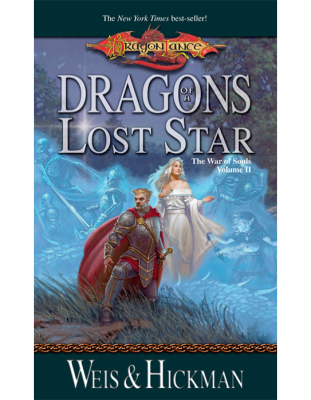 Dragons of a Lost Star 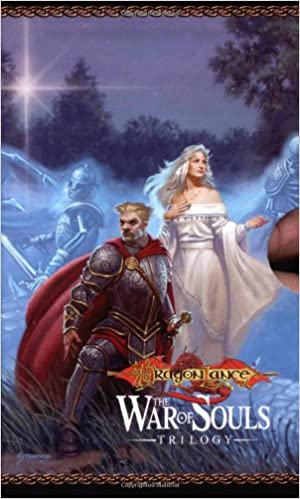 Dragons of a Vanished Moon Reviews