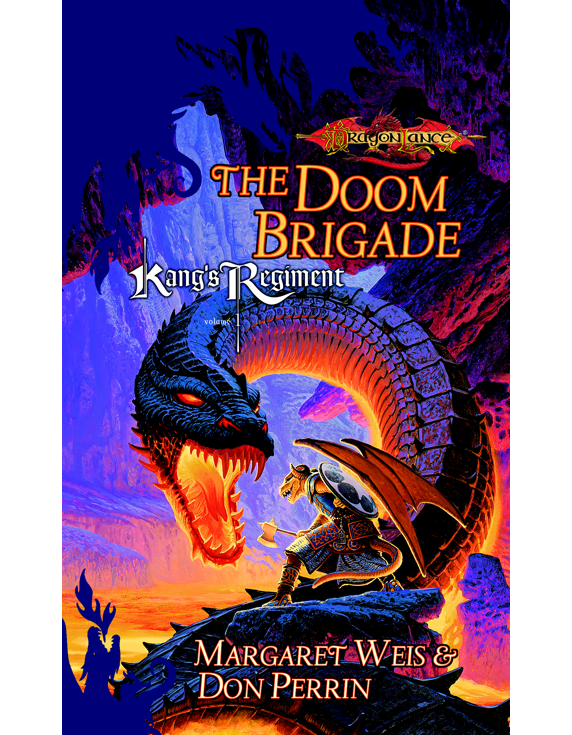 As the War of the Lance ended in defeat for the forces of the Dark Queen, a group of her draconian soldiers left the field of battle. The draconians of the First Dragonarmy Engineers concluded that war has one big disadvantage—it can get a fellow killed. Led by their stalwart commander, a Bozak…

As the War of the Lance ended in defeat for the forces of the Dark Queen, a group of her draconian soldiers left the field of battle. The draconians of the First Dragonarmy Engineers concluded that war has one big disadvantage—it can get a fellow killed.

Led by their stalwart commander, a Bozak named Kang, the draconians make their way into the Kharolis Mountains. They build a village in a pleasant little valley and try to live in peace.

Unfortunately, the hill dwarves at the other end of the valley take exception to the idea of sharing their land with the draconians. One raid leads to another in a feud that stretches out over thirty years.

It is now summer, a summer of flame, Krynn’s doom is at hand. Strange and terrible events are happening in the world—events to which no one in the valley is paying the slightest attention.

For the dwarves have discovered a map leading to a fortune in treasure deep in the tunnels of the great dwarven kingdom of Thorbardin. And the draconians have discovered that this treasure is worth more to them than all the wealth in the world. The just have to find it before the dwarves.

Meanwhile, the Dark Queen has her own plans.

Who will reach the treasure first?

And will any of them live long enough to enjoy it?

A desperate band of draconians hides out in the mountains, trying to exist as no others of their kind ever have before—peacefully. But the local hill dwarves have other plans. Then the armis of Lord Ariakan march through on one of their death-dealing missions. Meanwhile, a prize buried deep in the bowels of Thorbardin is coveted by draconians and hill dwarves alike. For the dwarves, it promises wealth beyond their wildest imaginations. For the draconians, it will decide the very future of their race on Krynn. But everything hinges on a powerful third party—the all-destructive Chaos.

The Doom Brigade brings back the draconian engineer corps of Margaret Weis and Don Perrin’s popular short stories from the best-selling The Dragons of Krynn and The Dragons at War anthologies, and gives them their first full-length, life-or-death adventure. 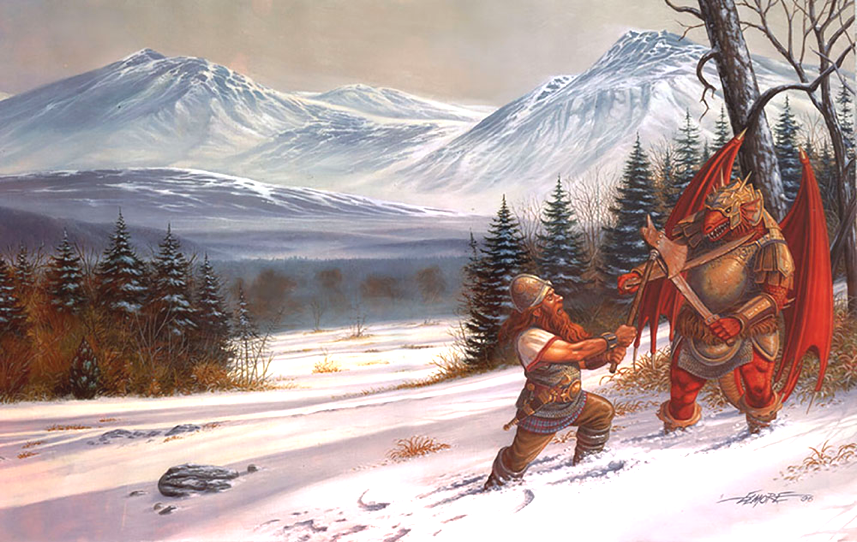 But the novel is actually set in the sweltering hot Summer of Chaos! Elmore’s figures were imposed on a new background by Tony Szczudlo for the final 1st ed. hardcover jacket. Here is the final design: 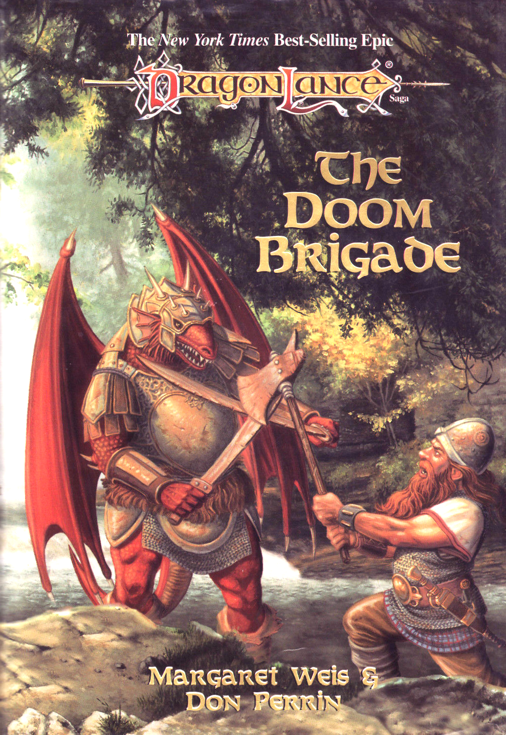 The Doom Brigade has had three cover designs:

Other Products in "Kang's Regiment" 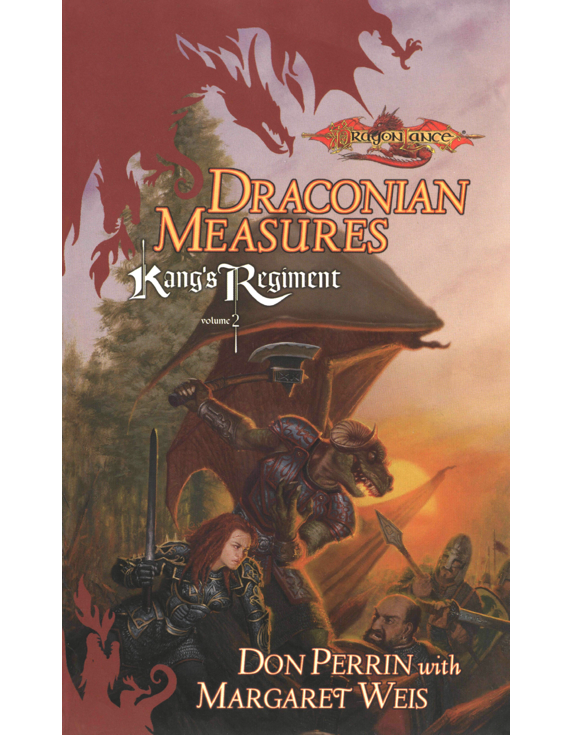