My Life as a Grognard: Douglas Niles Looks Back 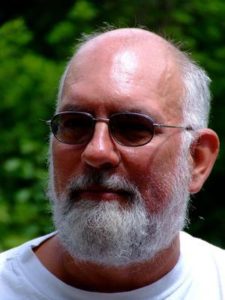 The year 2002, with its palindromic numerology, seems like a good a time for reminiscing about the gaming and publishing industries. Indeed, it is especially appropriate for me, because it was exactly twenty years ago that I made a career decision that has influenced every aspect of my life since that time. It was a choice that brought me into a world of adventure and a business of publishing, and it has led to some fantastic professional challenges and also to some of the best friendships I’ve ever formed.

In January 1982, gaming ceased to be my hobby and became my career. I had been a perfectly happy, albeit underpaid, high school teacher — one who ran a few D&D campaigns in my spare time. I became an even happier, though even more underpaid, staff game designer for TSR, Inc. (Come to think of it, I left a teaching job AND took a pay cut . . . not so easy to do! The doctors never did find out what was wrong with me.)

But, like marriage, the change was for better and worse, and in my case there has been an awful lot of the better. At the time, of course, it seemed as though TSR was the corporate giant in an industry of tiny companies; by today’s model, even TSR — numbering a hundred plus employees — would be a small fish in the increasingly crowded sea. For example, the game design department, while at one time numbering as many as a dozen people, generally fluctuated between four to six staff designers while I worked there.

Together with an approximately equal number of editors, we enjoyed an atmosphere that can best be described as collegial — though, in a lot of ways, it was even more fun than college. During the ’80s we saw some of the most exciting developments in the adventure gaming industry, and we got to participate in many of them. It also seemed like new players by the hundreds and the thousands were discovering the hobby, and there was tremendous demand for games and game accessories.

There seemed to be no end to the topics for adventure gaming in those days — from science fiction to westerns, fantasy to historical military — and we had exciting challenges on a daily basis. Time travel and mystic powers, the near future and the ancient past — all offered venues for gaming adventure and, to a certain extent anyway, found an audience of interested players. And because of the smaller sizes of the companies, a game didn’t have to sell fifty thousand copies to be considered a success — for many of the smaller companies, a print run of five thousand was a major release.

There were constant questions about the theory and practice of game design. How much should game rules be streamlined for fast, exciting play? Conversely, how much detail does it need to give that ring of verisimilitude, so that it “feels” real to the players? There were no perfect answers, but it was a heck of a lot of fun to try and solve the problem, and there were enough games released that we could cover the whole spectrum of player interests.

During that decade and the next, TSR and the industry as a whole went through some dramatic shifts. We saw the decline of wargaming and the rise of roleplaying gaming in the 80s, and then the rise of collectible card gaming in the ’90s that dramatically eclipsed the early dominance of the RPGs. New companies were created seemingly every month, while others merged, expanded, contracted, and, unfortunately, went out of business.

Of course, I had another objective in first seeking a game design job — one that dovetailed nicely into another direction taken by the gaming industry. All my life I had wanted to write adventure novels, but it was my D&D playing that at last inspired me to act on this deep-seated goal. Despite the fact that the company I went to work for had never published a single novel, I had high hopes. After all, TSR had just introduced the highly successful line of Endless Quest interactive books, and who knew what the future would hold? It so happened that I had the draft of a fantasy novel tucked under my arm when I showed up for work; four years, and many modifications, later, that book evolved into the first Forgotten Realms novel, Darkwalker on Moonshae.

That publication was a thrill. Little did I imagine, however, that my employer would become, by the end of that decade, one of the most successful publishers of fantasy fiction in the world. With the Dragonlance books serving as a flagship, the Forgotten Realms line came next, and both helped pave the way for many other projects: a line of Dark Sun novels, a series of young adult adventures, Magic: The Gathering novels, and many others.

Much of the credit for this burgeoning of game-related fantasy fiction has to go to Tracy Hickman and Margaret Weis, who early on saw the tremendous potential of linking quality adventure novels to quality roleplaying games. The art department, too, was heavily involved in the conception of the project — the artists had a lot of input into what the world, and the people, looked like. Indeed, one of the hallmarks of the Dragonlance products has always been the high quality original art employed on covers and interiors. The initial fantasy trilogy, the Dragonlance Chronicles series, set a standard that many authors and publishers have striven to meet in the subsequent years. That series, and the many related novels set upon the world of Krynn, is still popular now more than fifteen years later.

Still more companies have come and gone in the meantime. Under the auspices of Wizards of the Coast, TSR moved to Seattle. Over the intervening years, I lost touch with many of those old friends. Many of us had children and family developments, while careers diverged from Wisconsin to places as far flung as the East Coast, Texas, and Seattle. Now we have email, of course, and many games work very well when sent back and forth electronically. My career as a game designer has waned — I cannot profess to be familiar with the state of the art any more. Writing novels keeps me busy, and hopefully it will continue to do so for the foreseeable future. After all, there are lots of new worlds out there just waiting to be written.

But the final irony, in my case, is this: As game design ceased being a career for me, playing games has once again become my favorite hobby. Many happy returns!

Douglas Niles is a fantasy author and game designer. Niles was one of the creators of the Dragonlance world and the author of the first three Forgotten Realms novels, and the Top Secret S/I espionage role-playing game. He currently resides in Delavan, Wisconsin with his wife, Christine, and two Bouviets, Reggie and Stella. He enjoys playing his guitar, cooking, and visiting with family.
View all posts by Doug Niles →
Bookmark the permalink.