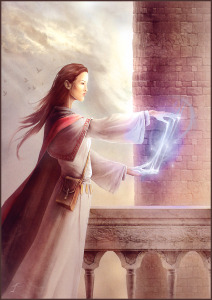 “Nobody ever truly stops being a student of sorcery.”

Academy Sorcerers are dedicated students who have whole-heartedly embraced the tenets, guidelines, and philosophy of the Academy of Sorcery. Sorcery cannot be studied in the same way as one might learn a language. Sorcery is more of an art than a science. Indeed, it is aid that sorcerers do not choose the power; the power chooses them. Rather, the path to learning Wild Sorcery is one of self-discovery.

With the destruction of the Academy of Sorcery, its students seek to pass on their teachings to a new generation of sorcerers. Though the physical structure may not remain, the Academy’s lessons remain a way of life for its former students.

Emma Xela is an example of an Academy Sorcerer.

The following are suggestions on how to create an Academy Sorcerer using the rules found in the Dungeons & Dragons 5th Edition Player’s Handbook. Feel free to tailor these suggestions to match your character concept.

Wild Sorcery is the untamed arcane magic of the world of Krynn. While sorcerers can learn many types of spells, many have fond it advantageous to specialize in a certain area. The teachings of Palin Majere’s Academy of Sorcery state that Wild Sorcery can be divided up into specific categories, known as “realms.” These realms are described below.

Aeromancy is the elemental magic of air, dealing with wind, vapors, and movement of air, as well as elemental creatures of air.

Cryomancy is the magic of cold and ice, creating walls of ice, areas of freezing cold, and inflicting damaging frostbite.

Divination spells allow a sorcerer to gain knowledge from the present, past, or future. He can project his mind through time and space.

Electromancy is the magic of static electricity and lightning, capable of producing anything from a devastating lightning bolt to a mild shock.

Enhancement magic imbues objects with arcane energy, from enhancing the sharpness of the edge of a sword to causing the tip of a staff to glow with light.

Geomancy is the elemental magic of the earth, allowing a sorcerer to raise walls of stone, cause the ground to shake, or summon earth elementals to battle.

Hydromancy is the elemental magic of water. Sorcerers can walk the waves, cause rivers to dry up, or sink enemy ships in horrific whirlpools.

Pyromancy is the elemental magic of fire, allowing the sorcerer to raise defensive walls of flame or hurl balls of fire at his enemies.

Spectramancy is the magic of light and color, allowing the sorcerer to create illusions, darken a room, or make himself seem invisible.

Summoning is the magic of folding space, allowing a sorcerer to cross great distances without moving, or bring an object or creature to his own location.

Transmutation spells change the properties of a creature, object, or environment. A sorcerer can turn an enemy into a harmless creature, bolster the strength of an ally, and turn lead into gold or water into wine. 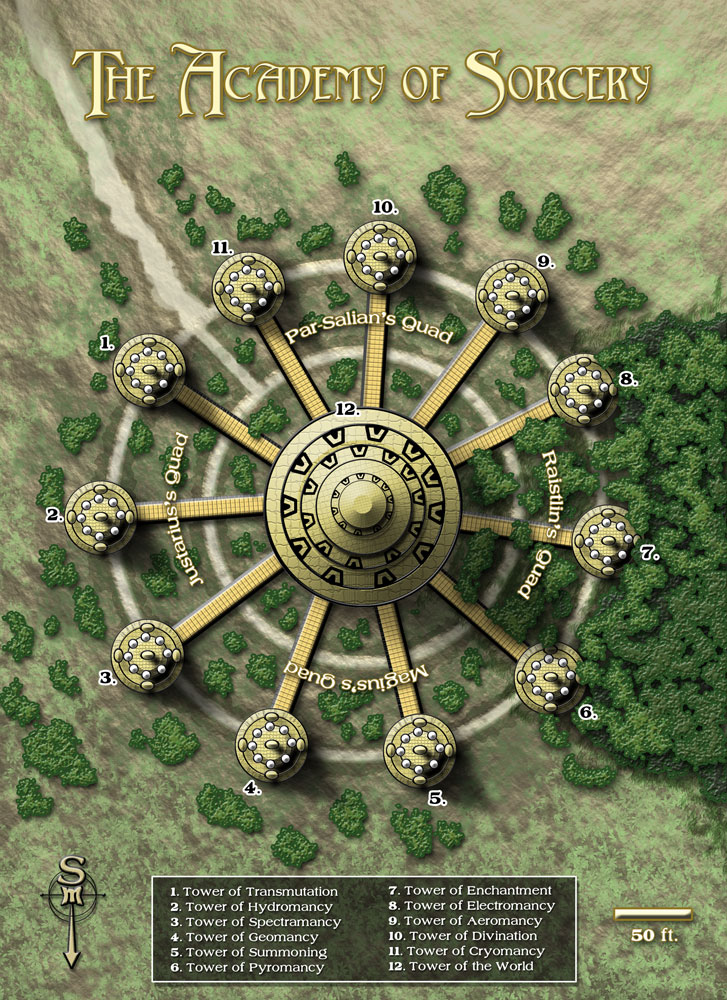 Trampas “Dragonhelm” Whiteman is best known for co-creating and administering the Dragonlance Nexus fan site. He is co-author of three Dragonlance books – Holy Orders of the Stars, Knightly Orders of Ansalon, and Races of Ansalon. When not evangelizing Dragonlance and other settings, Trampas is a husband, father, podcaster, and web designer. Trampas also enjoys reading comics, reading fantasy and scifi novels, and playing D&D.
View all posts by Trampas Whiteman ("Dragonhelm") →
Tagged  Dragonlance 5e, Sorcerer.
Bookmark the permalink.